Stuff Matters is an interesting deep dive into various materials that are easy to take for granted. It’s written by a British materials scientist who has a penchant for looking at all sorts of materials around the world.

What struck me most about this book is the sheer number of technological innovations we can drive, just by combining various sets of materials. They don't require any sort of power, or long-term upkeep in many cases. And most of the time, they are discovered by accident or odd experimentation.

The meta-point of the book: materials are all around us, but we really don't examine them at all!

The romans used steel to build their empire. They considered it such a valuable resource, that at one point a legion of their army who was abandoning a village burned the whole thing to the ground. To avoid giving the enemy nails, they ended up burying all the nails in the ground.

Metals get harder and change properties as alloys. You can think about most metals having a crystalline structure. Alloys allow other metals to "sub in" for individual molecules, which can stabilize or change the properties of the particular metal.

A good example of a metal alloy is steel. Steel was developed by taking iron, and then adding a little percentage of carbon. Carbon helps make the iron both hard and sharp, but it also ends up stiffening the material.

Japanese samurai sword makers figured out that they could make incredibly sharp blades that also wouldn't snap because they were too brittle. They combined techniques of having an inner iron core that was pushed to a ceramic, which provided flexibility, with a carbon infused blade that provided strength and sharpness.

Stainless steel was found by accident by adding a small bit of chromium to the steel. It resisted rust in a set of discarded other metals. Stainless steal is self healing as well! If you scratch it, the protective layer will reform. Your saliva also doesn't react with it, which is the reason that we use stainless steel in silverware. We are one of the first generations not to taste our utensils!

In England, Henry Bessemer first figured out the Bessemer Process, to produce steel from iron. He started out unsuccessfully by trying to remove all but 1% carbon from the steel... until a friend finally advised him to take all the carbon out, and then re-add it in. He couldn't find anyone who would take him up on the idea, so he ended up building the production himself, and licensing the process, acquiring a vast sum of wealth.

Yellowing paper is caused by the molecules in the paper decaying. Though it produces a smell that we find pleasant, know that it is indeed a form of decay!

Paper itself is formed via cellulose, and trees which are pushed into a pulp. The strands are then dried. Previously it was treated with acid, but not any longer.

Having paper in the form of a "codex" (aka a book) helped copy information much more rapidly. Individual scribes could work in parallel to copy and transfer various pieces of information. Just like in biology, this is the key to preserving and producing more information.

There's some description of the process for creating photos. The silver halide reacts with light, coloring some parts of the photo. This is then dipped in a wash which removes all of the un-reacted bits, leaving just the pieces that are light infused in the paper. Similar to the way that Kodak film worked in Loonshots.

The concrete chapter of the book was one of my favorites. It turns out there’s a lot of really fascinating stuff happening with concrete today.

Cement vs concrete: cement is an ingredient of concrete, usually made out of calcium carbonate or some other porous structure which will suck up water. Concrete is the combination of cement, water, and typically some other pieces of rocks.

The Romans had figured out how to make concrete, but then we lost this art for hundreds of years.

Concrete is made via adding water, but because the reaction takes place, you don't want to add too much or too little water, which would de-stabilize it. There's a funny story about a truck driver who goes on lunch breaks, and proceeds to water the concrete, leading to a weakened final product.

Concrete and steel expand at nearly the same rate! It's sort of crazy that these two materials work so well together, which is the reason that so many buildings have this as their structural backbone.

Self-healing concrete: researchers have found that bacteria which live in extreme environments will actually feed on and produce concrete as a byproduct. Bacillus is one such baterium. These are useful in nuclear powerplants, manufacturers can put spores in the concrete, and then when it cracks, those spores will be connected to their sources of food.

Self-cleaning concrete: builders will add Titanium Dioxide to the concrete mix, which will activate when exposed to the sun. Sunlight changes the molecules charge, causing a repelling effect between concrete, and dirt on the surface. 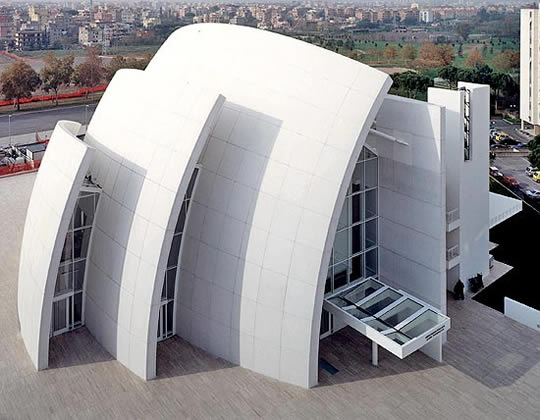 Most gels form a crystalline or lattice structure that holds them together, and then liquid flows through the parts of the structure. this is a part of why gels and jellies are so delicious to us, we break the structure in our mouths and then it lets the water burst forth!

Aerogel is a very cool material that takes this concept, but instead replaces the liquid in a gel with gas. It doesn't evaporate the gel (which would damage the crystalline structure), but via freeze-drying. Aerogel is the lightest solid known to man, and it also is a great thermal insulator. 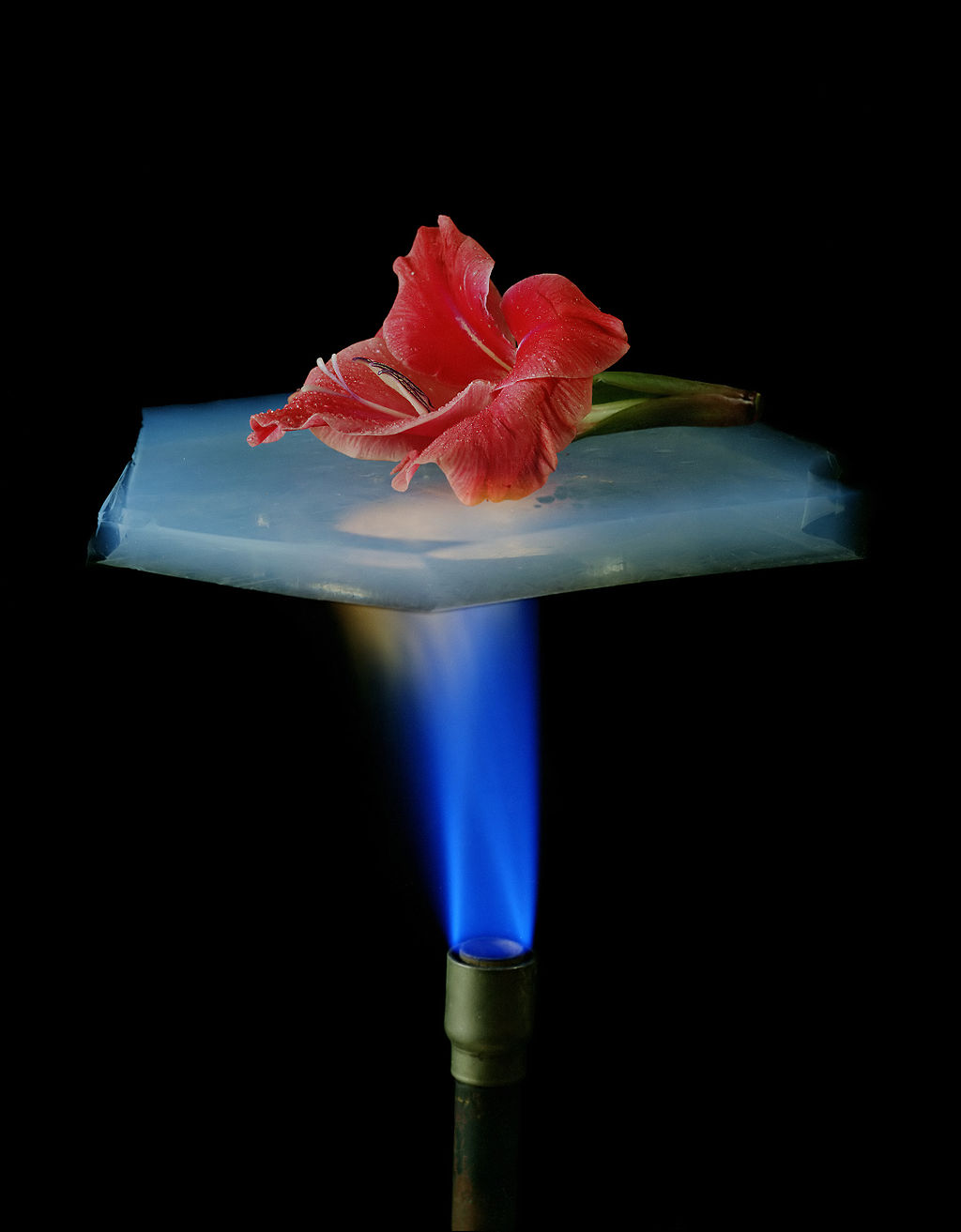 It’s an incredibly weird material. When dropped, it makes a ringing sound of glass. And it looks like the sky due to the refractive nature of the material.

There are a few natural configurations for pure carbon structures. All organic matter on earth may be “carbon-based”, but there are a handful of configurations which consist of nothing but carbon.

Graphite: we're familiar with graphite due to its use in pencils. It's formed via different hexagonal rings which sit in various sheets. It's the most chemically stable form of carbon, but is easily shears. The reason that graphite leaves a trail on a page is that individual sheets are sliding across one another due to Van der Waals interactions.

Diamond: a different form of pure carbon. This one has bonds in a crystalline structure which makes it incredibly tough. Because the carbon forms bonds at angles, it's prone to shimmer light everywhere. That, and its hardness made it a valuable substance for representing undying love.

Graphene: a substance which is literally one-atom thick. Any thinner, and it wouldn't be there at all. Any thicker, and it turns into graphite. It's an incredibly good conductor.

Carbon nanotubes: here's some discussion that it would be possible to build a space elevator, if only we knew how to build them in long enough strands. They are incredibly strong, but they are hard to manufacture in a way that makes them free from impurities.

The book ends with an interesting chapter on bio-materials. It’s a discussion of different ways that we can leverage different types of materials to repair parts of the human body.

Titanium is one of the few materials which doesn’t react with various parts of the body, and which our body will accept as a foreign material. Bone will also bind to Titanium, which is the reason it’s used for the screws holding my new ACL together!

Another surprising learning: in the last decade, hospitals have been able to 3d print various windpipes from individuals stem cells. By using stem cells, there’s less chance that the body will reject foreign tissue, and by using 3d printers, we can craft new, artificial organs. Today, these organs are largely limited to mechanical structures, but there’s some hope that in the future, we could print an artificial liver, kidney, or pancreas.